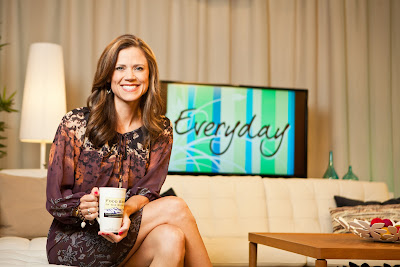 Natalie Tysdal, Co-Anchor “Everyday” on FOX 31
Photo by Celebrity Council Photographer, Hans Rosemond
“I do my best to teach my own kids to think with what we call a ‘loving heart’.   Working with the Food bank of the Rockies is one way of doing that in the community.  It’s a pleasure to work with people who care deeply about the well being of others.”

About Natalie:
Natalie Tysdal anchors the news and talk show “Everyday” which airs at 10:00 a.m. on FOX31 Denver.

Prior to that, Natalie anchored the Emmy-award winning News2 This Morning. Since joining KWGN in 2002, the show was continually named Colorado’s #1 local morning news program.

Natalie reported and anchored in Dallas,TX, Pensacola, FL, Mobile, AL, Twin Falls, ID and Lincoln, NE. She has covered major hurricanes along the Gulf Coast, moderated gubernatorial debates and interviewed political figures and Hollywood stars from around the world. She has been recognized with numerous awards for her feature, medical and investigative reporting.

Natalie started her career as a photographer and editor while attending the school of Journalism at the University of Nebraska, Lincoln. With a degree in Broadcasting and minors in history, political science and psychology, she decided to become a producer which eventually led to jobs reporting and anchoring. In her words, “there is no greater compliment than to entrust a reporter with your story. It can be personal and sometimes difficult. I’ve learned about journalism from both sides of the camera as the subject of stories and the reporter. I choose my words very carefully and I treat every story with the respect it deserves.” It is that sincere yet no-nonsense and honest approach that has won the hearts of many and gained the trust of viewers.

Natalie spends a great deal of time in the community, volunteering and speaking to charitable groups. Outside journalism, her passion is working with kids. She founded a committee that proposed and developed a new elementary magnet school in Colorado with a focus on critical thinking and responsible citizenship.

Natalie and her husband, Tyler, have an active home with two elementary-aged daughters and a little boy.