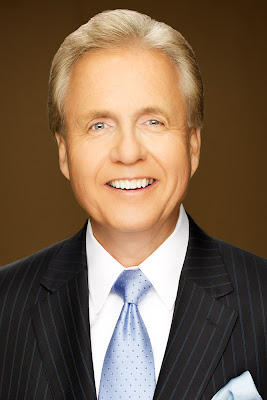 Mark Koebrich, 9NEWS Anchor
“All of us at 9News are deeply committed to the cause of food security. We support Food Bank of the Rockies and their mission to keep families and at need individuals from going hungry.  With 1-in-7 Coloradans struggling with hunger, the need has never been greater, the mission has never been more urgent.”
About Mark:
Mark Koebrich joined Channel 9 in September 1981 from WLKY-TV in Louisville, Kentucky. Koebrich came to 9NEWS as the Southern Bureau reporter in Colorado Springs. Later that year, Koebrich helped launch 9NEWS 6:00AM with Bertha Lynn, Larry Camp and Krista Bradford. Koebrich anchored the early morning news for six years and was then assigned to anchor 9NEWS at 12:00pm and 9NEWS 4:30pm with former staffer Linda Benzel.

Mark Koebrich is now the anchor for 4 o’clock @ 9NEWS and 9NEWS at 5, 6, and 10 pm. He is also the 9NEWS Consumer Reporter.  Koebrich’s enthusiasm for each project assigned has merited him a variety of experiences. In 1986, Koebrich was a finalist for NASA’s Journalist in Space project. In 1988, Mark was loaned from 9NEWS to the Grant Tinker-Gannett program “USA TODAY – The Television Show” as a national correspondent. Beginning in 1992 until its last telecast in September 1994, Koebrich hosted “Good Afternoon Colorado” weekday afternoons on Channel 9. “Good Afternoon Colorado” launched a spin-off craft, hobby and collectibles program for the Discovery Channel daytime lineup called “Start to Finish.” The program aired on Discovery for eighth seasons.

Koebrich has covered the Olympic Games in China, Salt Lake City and Atlanta for both NBC News Channel and KUSA. He spent three weeks in the jungles of Guatemala following a group of Kentucky doctors and nurses, and he followed the Denver Broncos to four Super Bowls. He has won a dozen Emmys for his work, including awards for best spot news coverage, best anchor and best documentary.

Koebrich is a native of Illinois and graduated from Ball State University in Muncie, Indiana. He received a degree in Journalism with special emphasis in radio and television with a minor in speech and public relations. His television career was launched in Terre Haute, Indiana at WTHI-TV as News Director/Primary Anchor from 1974 to 1978. Koebrich moved to WLKY-TV in Louisville, Kentucky serving as Bureau Chief before coming to 9NEWS.

Koebrich gives a great deal of time to local charities and is a popular program speaker. He and his wife, Cathy, have two grown children.