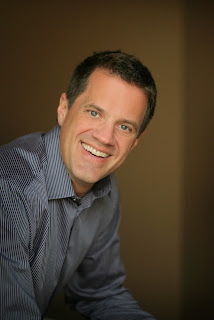 Dom Testa, Co-host of the Dom & Jane Morning Show on Mix 100
Not pictured:  Jane London – photo to come soon!
“We’re always known that Food Bank of the Rockies does incredible work with more than 1,000 agencies, and we’ve seen firsthand how they impact lives.  But when we actually spent time at their facilities, and saw the spirit in their staff and volunteers, it made us appreciate the real people who dedicate each day to making a difference.  We’re fortunate in Colorado to have an organization that is fueled not only by generous donors, but by passionate believers in the power to change lives.”
About Dom:
From the time I was a teenager I knew that I wanted to do two things: goof around on the radio, and write. So that’s exactly what I’ve done.  Starting at age 16, I’ve been able to do the radio part, and it has brought me here to MIX 100. I began hosting this show in 1993 (jeez, has it really been that long??), and it’s still a blast every morning.

The writing has always been a big part of my life, but really took off a few years ago. Now, my award-winning book series for young adults has been acquired by Tor Books in New York, and they are launching the Galahad series worldwide.

I also visit schools and host writing assemblies and workshops. Plus, when I’m in front of the kids, I always talk about the foundation I created called The Big Brain Club. Its primary goal is to help kids overcome the peer pressure to dumb down. Plus, there are tons of writing tips and exercises to help kids exercise their brains. Check it out at https://www.bigbrainclub.com/.  Thanks for spending your mornings with the Dom and Jane Show!

About Jane:
I’m happy to have been part of The Dom and Jane Show for over 10 years, here on MIX 100.  I grew up in Michigan and attended Central Michigan University, where I managed (between visits to the bar) to get a degree in Journalism. My career began as a radio reporter and I was able to cover a couple of presidential elections, which was a lot of fun for me. I morphed out of news and into a ‘morning radio personality’ and worked as a talk show host for a few years, before moving to Denver and MIX 100.

I’ve been married to my husband, Prince Charming, for almost 20 years. We live in the hills and spend most of our free time in the mountains, near Winter Park, where we ski, hike, bike, and catch up on sleep. We have a cat, named Gus and a Jack Russell Terrier, named Chili, who is without a doubt, the Cutest Dog in the World!

If you listen to The Dom and Jane Show, you know that I tend to say what’s on my mind, and I credit my parents for producing four independent, free-thinking (and speaking) children. That’s not to say I didn’t get punished for my smart mouth on occasion! My mom once told me, as a child, that I’d never keep a job if I continued to be such a smart aleck. Good thing I didn’t listen to that advice.

Dom and I are very proud of the success that we’ve been able to achieve as the morning hosts on MIX 100. Thanks so much for listening!