We live in an awesome state.  And we’re fortunate enough to have a rather impressive list of local celebs to call our own.  A few months back our staff sat down and discussed how amazing it would be to join forces with a host of Colorado celebrities in the fight against hunger.  And so we did.  We drafted letters and reached out to celebs from all different talent areas.  The response was overwhelming and incredibly touching.  These dedicated Coloradans didn’t hesitate to come on board and volunteer their name and time to fighting hunger and feeding hope.

We’re SOOOOOOO excited to launch this Celebrity Council and will announce one member every work day for the next month.  Check in daily and visit our Facebook page for all the fun!  THANKS to all our Celebrity Council members for teaming up with us on such a vital issue in our community.  We couldn’t be more proud to have you all on board. 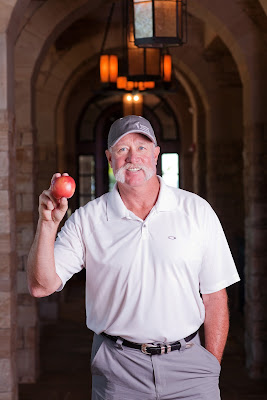 Mr. Goose Gossage, Former Major League Pitcher & Hall of Famer
Photo by Celeb Coucil Photographer Rachel Kemble
“Colorado has a plethora of charities that do amazing work. One cause I fully support is combating hunger in our state. It’s shocking how many of our neighbors are hungry, but fortunately, Food Bank of the Rockies exists to make sure those folks don’t go to bed hungry. That’s a cause I can stand behind without hesitation. I’m proud to lend my voice through the Celebrity Council to encourage others to get involved in the food bank’s mission of fighting hunger and feeding hope.”
About Goose…..
Richard Michael “Goose” Gossage is a former Major League Baseball right-handed relief pitcher. During a 22-year baseball career, he pitched from 1972-1994 for nine different teams, spending his best years with the New York Yankees and San Diego Padres. The nickname “Goose” is a play on his surname. Although otherwise known as “Rich” in popular media, to family and friends he is “Rick.”

In the late 1970s and early 1980s, he was one of the earliest manifestations of the dominating modern closer, with wild facial hair and a gruff demeanor to go along with his blistering fastball. He led the American League in saves three times and was runner up twice; by the end of the 1987 season he ranked second in major league history in career saves, trailing only Rollie Fingers, although by the end of his career his final total of 310 had slipped to fourth all-time. When he retired he also ranked third in major league history in career games pitched (1,002), and he remains third in wins in relief (115) and innings pitched in relief (1,556⅔); his 1,502 strikeouts place him behind only Hoyt Wilhelm among pitchers who primarily pitched in relief. He also is the career leader in blown saves (112), three more than Rollie Fingers. From 1977 through 1983 he never recorded an earned run average over 2.62, including a mark of 0.77 in 1981, and in 1980 he finished third in AL voting for both the MVP Award and Cy Young Award as the Yankees won a division title.

Respected for his impact in crucial games, he recorded the final out to clinch a division, league or World Series title seven times. His eight All-Star selections as a reliever were a record until Mariano Rivera passed him in 2008; he was also selected once as a starting pitcher. He now works in broadcasting. He was elected to the Baseball Hall of Fame in 2008.

Gossage lives in Colorado and is active in the community promoting and sponsoring youth sports. In 1995, the city of Colorado Springs dedicated the Rich “Goose” Gossage Youth Sports Complex, which features five fields for youth baseball and softball competition. He also owned a hamburger joint in Parker, Colorado, called Burgers N Sports.

He has written an autobiography, released in 2000, entitled The Goose is Loose (Ballantine: New York).
His son Todd is a professional baseball player who currently plays for the Sussex Skyhawks in the Can-Am League.  Gossage coached the American League team in the Taco Bell All-Star Legends & Celebrity Softball Game in Anaheim, CA on July 12, 2010.

At the Hall of Fame induction in 2008, Gossage expressed gratitude to a number of baseball people who had helped him through his career, and several times described his Hall of Fame week experience as “amazing”. The inductions included Dick Williams, his manager at San Diego. After the ceremonies, the two of them sat together for an ESPN interview on the podium, taking audience questions and gently ribbing each other, especially about the upper-deck home run Kirk Gibson hit in the 1984 World Series.