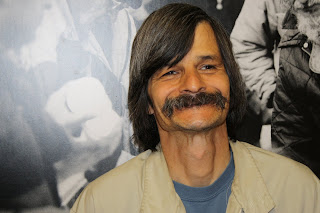 Christopher Apple Orchard, aka, Sonny Bono, found himself without a place to call home last year. He’s legally blind, was forced out of his apartment and had nowhere to go. He had never been homeless and had no idea what resources were at his disposal. When he discovered that the county he had lived in didn’t have any shelters, he drove his trusty car to Denver and hoped for the best. This man went from being stable and self reliant to losing everything. And yet Christopher Apple Orchard is a ray of sunshine and is so incredibly grateful for everything hes been given.

Why is our job so vital? We provide food to places that people like Christopher rely on to survive. Watch his story – he captured our hearts immediately.