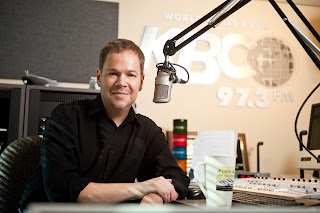 Bret Saunders, KBCO Morning Show Host
Photo by Hans Rosemond
“Hunger has become an epidemic. We need to take care of one another and Food Bank of the Rockies makes sure that people are getting at least some of what they need in these difficult times. It’s my honor to be involved and I hope that you will help in any way that you can.”
About Bret:
Bret Saunders has been involved in Denver area radio for nearly twenty years, including a 14 year and counting stint as the morning show host at KBCO-FM. He began broadcasting as a teenager in suburban Detroit, Michigan in the 1980s before stumbling around various parts of the US in search of a distinct style, which still eludes him to this day. He likes ‘esoteric’ music, uncomfortable silences in conversation, and dachshunds.