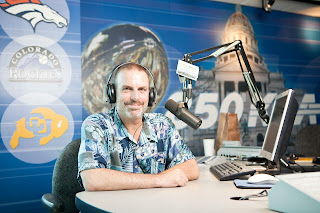 Dave Krieger, Denver Post Sports Columnist & KOA Radio Host
Photo by Hans Rosemond
“The last time Springsteen was in town, I remember volunteers from Food Bank of the Rockies manning the escalators at the Pepsi Center to accept contributions. I’ve always admired the ingenuity the Food Bank brings to the battle against hunger in Colorado, and in particular its important work to alleviate and prevent hunger in children. I’m delighted to do my part by accepting its invitation to be a member of the council.”

About Dave:
Dave Krieger is a sports columnist for The Denver Post and a part-time host on KOA radio. He has been a Colorado journalist for 30 years, including 27 with the now-defunct Rocky Mountain News. Over that span, he has covered everything from the 1983 Denver mayoral race to Super Bowls, World Series, NBA Finals, Stanley Cup Finals and Olympic Games.