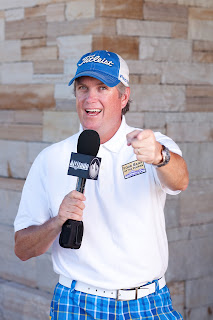 Marc Moser, Radio Play by Play/Analyst
Photo by Rachel Kemble
“It’s such an honor to work alongside Food Bank of the Rockies, an organization I’ve come to respect and admire in such a big way. The work they do fighting hunger and the dignity that they do it with make them a top notch charity. Our community would suffer without the services they offer and it’s my pleasure to support them in any way that I can for years to come.”

About Marc:
Marc Moser is in his fifth season in the radio booth for the Avalanche on the Altitude Radio Network. Moser’s ties to the organization date back to 1997-98, when he became the in-studio host and producer of all Avalanche radio broadcasts. He worked in that capacity for seven years until the end of the 2003-04 campaign. During that time, Moser was also a daily sports-talk show host and the host of the highly popular “Avalanche Talk” on the network flagship sports station.

Moser returned to the Avalanche broadcast team as a television studio host and analyst on Altitude in 2006-07 and left the world of daily sports-talk to move into the Avalanche radio booth in 2007. In addition to his Avalanche duties, Moser is also one of the television play-by-play voices of the Colorado Rapids of the MLS on Altitude and is a regular host and contributor to the “Golf at Altitude” and “Sports Summit” shows. During the off-season, he also assists various charities and organizations in public events and MC duties and is the annual MC for the Joe Sakic Celebrity Golf Classic and Joe and Debbie Sakic Bringing Hope to the Table Gala benefiting Food Bank of the Rockies.

Prior to his arrival in Denver in 1996, Moser was the Sports Director at KFBK Radio in Sacramento, Calif., where he was the play-by-play announcer for the California State University Sacramento football and basketball teams in the Big Sky conference and host of a nightly sports talk-show. He also served as sideline reporter and host of the Sacramento Gold Miners of the Canadian Football League and provided extensive coverage and reporting on the Sacramento Kings of the NBA. Moser has covered every major sport in the United States and Canada and recalls the on-ice celebration of the Avalanche winning the Stanley Cup in 2001 as his favorite broadcasting memory.

An alumnus of CSUS, his resume also includes a 14-year stint as a NASCAR announcer at Colorado National Speedway, where he was named National Short Track announcer of the year, and various play-by-play duties for California and Colorado high school and college teams.

A native of Sacramento, Calif., Moser resides with his wife, Patty, and daughter, Brooke, in Parker, Colo. A private pilot, Moser enjoys flying all over Colorado and Kansas as well as spending time on the golf course and playing the guitar.