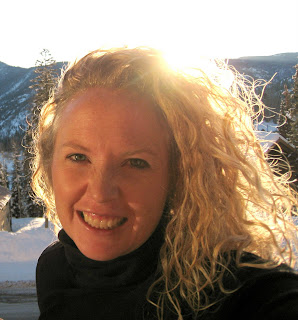 Amber Johnson, Editor of Denver Post’s Mile High Mamas
“I’ve had the opportunity to serve in food banks all over the world but since becoming a mom, I feel especially passionate about helping combat child hunger. I’m so impressed with the programs at  Food Bank of the Rockies and I feel honored to be conjoined with them.”

About Amber:
Amber Johnson is so passionate about motherhood that she teamed up with The Denver Post to build a community around it. Mile High Mamas is Denver’s leading social media community for moms and Amber regularly organizes events that pair local mom “Influencers” with organizations in need. Of course, her favorite event ever was when she teamed up with Food Bank of the Rockies to help bring awareness to child hunger.

Amber was selected after a nationwide search to be Microsoft’s accredited blogger at the 2010 Vancouver Games. She works as a social media strategist at Pixo Web Design & Strategy and has been named as a Brand Enthusiast for companies such as Park City Mountain Resort’s Snowmamas.com, Nintendo, Windex and Feld Entertainment. She is also a family travel writer and has been blogging at her personal blog Crazy Bloggin’ Canuck since 2003 and was received numerous blogging awards including being honored in Westword magazine’s Best of Denver edition.

She is originally from Canada but spent a number of years working as a publicist for Utah’s ski and outdoor industry whilst moonlighting as a radio personality and travel writer. She relinquished her wanderlust life to marry the real love of her life nine years ago. She and her husband Jamie have two kids ages 5 and 7. Well, actually three offspring if you count Jamie’s obsession with growing The Great Pumpkin, for which Amber and Jamie were featured on the premiere on NBC’s The Marriage Ref.