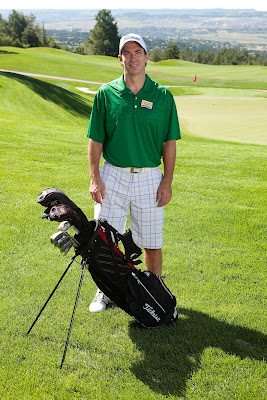 Mr. Joe Sakic, Executive Advisor/Alternate Governor for Colorado Avalanche
Photo by Celeb Council Photographer, Rachel Kemble
“During tough economic times, Deb and I are even more passionate about fighting childhood hunger. No child should be hungry. They can’t support themselves and it’s important that we give back. With the help of Food Bank of the Rockies and the community, we can provide hope and much needed nutrition to Colorado kids and families.”

About Joe:
Former Avalanche captain Joe Sakic began his first season as the organization’s Executive Advisor/Alternate Governor in 2011. He was named to his new position on March 25, 2011 and officially began his duties at the conclusion of the 2010-11 season.  In this role, Sakic serves as an executive advisor regarding all facets of hockey operations. He also represents the Avalanche at the Board of Governors Meetings as one of the Alternate Governors.

Sakic announced his retirement from the game of hockey on July 9, 2009, following a career that spanned 20 seasons and 1,378 games with the same organization. He wore the ‘C’ as team captain for 16 consecutive seasons (17 seasons overall), making him the second-longest serving captain in NHL history. Sakic led the Avalanche to two Stanley Cup titles (1996, 2001), which included the city of Denver’s first major professional sports championship in 1996. The Burnaby, B.C., native captured the franchise’s first Hart Trophy as league MVP in 2001, won the Conn Smythe Trophy as playoff MVP in 1996, earned the Lester B. Pearson Award (NHLPA MVP) and Lady Byng Trophy (sportsmanship) in 2001 and was named to the NHL’s First All-Star Team on three occasions (2001, 2002 and 2004).

Sakic is the eighth-highest scorer in NHL history with 1,641 career points. He ranks seventh all-time in both playoff goals (84) and playoff points (188-tied), and holds the NHL record with eight postseason overtime goals.  Selected by the Quebec Nordiques in the first round (15th overall) of the 1987 Entry Draft, Sakic is the franchise’s all-time leader in nearly every statistical category. With Sakic as team captain, the Avalanche/Nordiques captured an NHL-record nine consecutive division championships from 1995 to 2003. In addition to its two Stanley Cup titles, the Avalanche also won two Presidents’ Trophies and made six appearances in the Western Conference Finals during that time span.

Sakic’s #19 jersey was retired by the Avalanche during a pre-game ceremony on Oct. 1, 2009.  Joe and his wife, Debbie, have three children: Mitchell and twins Chase and Kamryn. Joe and Debbie are active with Food Bank of the Rockies charity and Joe hosts his own charity golf tournament to benefit the Food Bank every summer in Denver. Sakic was awarded the 2007 NHL Foundation Player Award in recognition of his commitment and service to charities in his community.