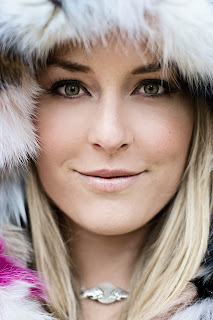 Lindsey Vonn, Olympic Ski Racer
“Colorado is near and dear to me. I understand that there are many Coloradans who don’t always know where their next meal is coming from and I can’t imagine the feelings that are associated with fearing hunger.  I’m fortunate enough to be in a position where I can offer support for those in need and through Food Bank of the Rockies, I hope to offer my talents and voice in fighting hunger and feeding hope for so many Coloradans who need food assistance.”

About Lindsey:
Lindsey Vonn has established herself as the most successful female ski racer in American History. She is the only American woman to have captured downhill gold at the Olympics and the only American woman with three World Cup Overall titles. Vonn’s victories include an Olympic Gold and Bronze medal, 33 World Cup wins in four disciplines (downhill, Super G, Slamon and super combined), as well as two World Championship gold medals.

Vonn began racing in Minnesota at the age of two, before moving into Erich Sailer’s renowned program at Buck Hill. She commuted to Vail to train for a few years, before her family decided to relocate. En route to the World Cup, Vonn excelled at every level including Junior Olympics, Trofeo Topolino, Whislter Cup, Junior Worlds, NorArms and Europa Cup.

Vonn has become one of the most recognizable female athletes in the United States, gracing the covers of publications such as ESPN: The Magazine, Sports Illustrated and Fitness Magazine.  Vonn resides in Vail, Colorado with her husband.