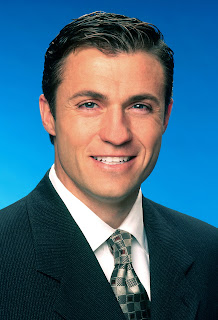 Vic Lombardi, Sports Anchor on CBS 4 News
“I love Colorado. It’s home for me and the people here are like family. The fact that so many Coloradans are hungry day to day is just not right. It’s an honor for me to be a part of an organization trying to alleviate this horrible problem and make life easier for so many of my neighbors in need. I would encourage folks to give back to fight hunger in whatever ways they can.”

About Vic:
He was 10-years-old and watching a local newscast … “It just clicked” says CBS4 Sports Anchor Vic Lombardi. He says he grew up in Colorado always wanting to work in Denver TV. Born on Denver’s North Side in 1969, Lombardi interned at CBS4 as a student and later joined CBS4 in June of 1998. He graduated from Holy Family High School in Denver, attended the University of Colorado at Boulder and graduated from Notre Dame University in 1991.

Before landing a job in his hometown, Lombardi worked as a sports reporter in South Bend, Indiana, Austin, Texas, and Phoenix, Ariz. Already, he is a 23-time Emmy Award winner; 13 of which are for Best Sports Anchor, which he has won 10 years in a row. Vic has now added a radio show to his repertoire. You can listen to Vic Lombardi and Gary Miller every morning, Monday through Friday, 7-9 am on 102.3 The Ticket when they’ll be interviewing all the movers and shakers in Colorado sports.

The most exciting stories he’s covered? Lombardi says the 1998 Super Bowl. “Need I explain?” he asks, as well as the 1994 World Cup. Lombardi says living and working in Denver means everything. “I’m home again with my family.” Vic is married to Terri, a Denver schoolteacher. They have one son, Dante, and two daughters, Alexis and Isabella.

Lombardi also spends a lot of time with his large Italian family. His father came to the United States from Italy with a sixth grade education and became very successful here. That, says Lombardi, provides a great deal of inspiration. Vic says his biggest challenge in life was landing his job in Denver, and his greatest disappointment was not getting the job earlier.