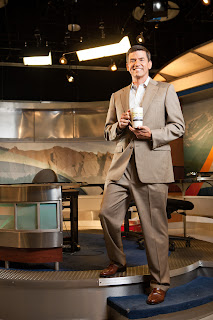 Tom Green, Morning Anchor, Channel 2 News
“Food Bank of the Rockies plays a critical role in our community every year, but in these tough times we need to do even more to help them make the difference in the lives of those who need it most.  The Food Bank is one of the most efficient charities I’ve ever seen.  They can turn both cash and food into many meals for those in our community who need it most.  Donations to FBR are one of the most effective ways to make a difference in the metro area, and beyond.”
About Tom:
Tom Green anchors the Emmy-award winning Daybreak on Colorado’s own Channel 2, the morning show which airs on KWGN from 5-9 a.m. Monday through Friday.  Tom is a news and sports veteran within the Denver market, with almost 30 years experience and 10 Emmy awards.
Tom made the transition to news anchor when he joined KWGN after three years as the main sports anchor at KMGH-TV (ABC) in Denver, CO. Tom’s experience also includes play-by-play, color and sideline reporting for ABC and Fox Sports, hosting a national game show (Sports On Tap) for ESPN. Tom also was radio host for KKFN-AM where he inaugurated shows featuring then-Nuggets head coaches Doug Moe and Dan Issel. Previously Tom was sports anchor for more than 13 years for KUSA-TV ( NBC) in Denver, CO after working for ESPN.
In addition to 10 Emmy awards, Tom was named the Colorado Sportscaster of the Year 4 times by the National sportscasters and Sportswriters Association.